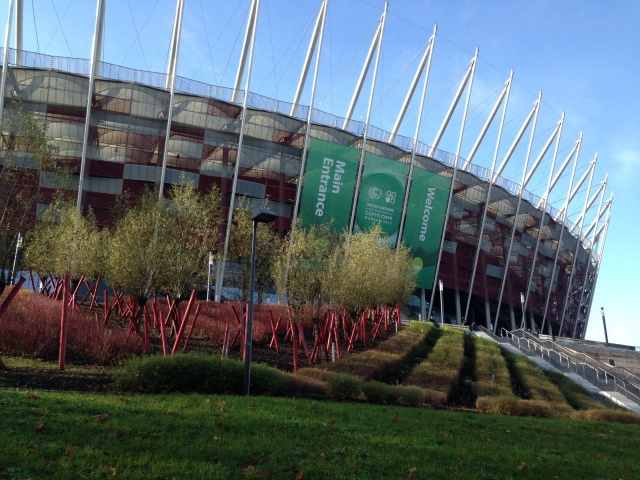 Location of most events and pavilions of parties and exhibits

The UN Climate Change Conference (known as COP19/CMP9) has opened.

Here are some reflections/updates, roughly 2-and-a-half days into the 13-day event:

(1) the most powerful moment so far was the speech of the representative of the Philippines at the opening session, at which he described his brother who is gathering bodies of the dead in the wake of Supertyphoon Haiyan.

(3) what is being confirmed by veterans of COP meetings (so far) is that the level of sub-national governmental engagement may be greater than in the past – see my previous blog post explaining why this is significant.